Mariann: Soul Detective is like a playthrough character creation for Magical Girls!

In Mariann: Soul Detective, you play as Mariann, sensitive to the supernatural. You are able to see ghosts and lost souls and are talented with magic. In 5 Chapters, you will create unique spells and prepare yourself for your own Transformation to become part of the ancient group of Soul Detectives! You will shape the character of Mariann and will find out more about yourself!

What, if it gets messy?

If your case gets messy, you can always call the Clean-Up Crew! Clean-Up Crew is itch funding right now, so help us reach our goal!

Mariann: Soul Detective is a submission to multiple Jams: the Five Powers Jam, the Folklore Jam 2020, the Witch Jam and the Folk Horror Game Jam. I also chose to submit Mariann: Soul Detective to the Showcase Jam 2020, because the fact that Mariann touches on personal feelings makes it a game you only play with someone you trust - and this makes it such a beautiful experience!

The game is formatted in A5 and has 44 pages, so it can easily be printed on A4 paper and turned into a little booklet. The retelling of the folktale and all artwork are original work by Ralf Mayenberger.

Mariann: Soul Detective is based on the Element Dice System, an easy to learn and very versatile storytelling system that helps you shape the world you create!

All you need are some six-sided dice and pen & paper.

So what are you waiting for?

Get Mariann: Soul Detective and create your own Magical Girl!

The best thing about Mariann: Soul Detective: After you finished the game, you are ready to start your own game in your own world!

Mariann: Soul Detective will touch on topics that are sensitive and might surprise you how close to home they might hit.

In order to download this game you must purchase it at or above the minimum price of $8.88 USD. You will get access to the following files:

Support this game at or above a special price point to receive something exclusive.

If you have claimed a Community Copy or claimed Mariann: Soul Detective through a charity bundle and feel you would like to contribute to this game, this is your opportunity! If you want throw me a coin but can't afford the full price, you can also head over to my Tip Jar.

Mariann is a two-player supernatural rpg about bringing peace to the souls of victims of witch hunt hysteria.

Furthermore, the game engages directly with historical details about people who were accused and killed, so it probably should be considered CW for a lot of different varieties of abuse and coercion. The page sort of hints at this, but it's a lot less direct than might be helpful.

In any case, the PDF for Mariann is 44 pages, with readable layout and a little bit of art. There's no table of contents, and it feels like one would have helped a bit for navigating the book.

Engine-wise, Mariann runs on the same element dice system as Wu De and Hiroin. If you don't have element dice, you can map each element to a different number and use regular d6s, so no special equipment is required to play.

To break down the element dice system, you roll two types of dice: yin and yang. Yin cancel yang of the same element. Yang are successes. Yin are complications.

In addition to this, you use the five element cycle of destruction (earth defeats water, water defeats fire, fire defeats metal, etc) to cancel out yin dice, and then yang dice. So dice pools tend to get whittled down, but the whittling skews in favor of success. Ties go to the player and, depending on which dice succeed, their elements and elemental associations also influence the result of the roll.

Mariann *does* innovate on the Wu De structure, though, and it does some cool things that make it feel like a tighter game than Hiroin, both narratively and mechanically.

Mariann is two-player, with one person being the titular medium and the other being the souls they encounter. The game is also divided into chapters, like Hiroin, with each chapter building up to a confrontation with a soul and the casting of a Spell to free it.

Like Hiroin, Mariann uses Spells and Talents to improve the main character over time, and like in Hiroin I couldn't really figure out what Talents do mechanically---although what they do narratively is much more clear. Furthermore, Spells' mechanical effect is ending the chapter and putting the soul to rest, and so their mechanics don't feel vague at all. You can also retain a Spell and use it later---although I have no idea what this does.

Like Hiroin, Mariann's setting feels both fixed and loose. There's a sort of dreamlike quality to some of it, which isn't just a function of part of the setting being left to the user to define. On the other hand, parts of it (such as the soul details) are very explicitly defined, and they get quite dark.

I think it would be a little tricky to convert Mariann to a non-medieval european setting as the game's text seems to want the user to do. Theoretically it's still possible, but the historical details make the game want to have a specific canon setting, and player alterations feel like they're fighting against that.

Like Hiroin, Mariann ends with a somewhat abrupt "intermission" and Mariann's transformation into a magical girl. I really feel like more needed to be done to set this up, and while I *really* like the idea of a magical girl who's a medium who helps ghosts let go of their hurt, the shift is so sudden it's jarring.

Overall, I think Mariann is an intense game that might verge on horror depending on how Little Hope or Clocktower 3 you play it. It's definitely got emotional punch, and the historical background for each soul anchors it further. It's less cute and self-affirming than Hiroin, but it feels a *lot* easier to engage with and play, and if you like intense games about ghosts, I would definitely advise picking this one up.

Thanks for your kind words and feedback! Yes, Mariann is a dark game, but it is also possibly the most intimate of my games. The confrontation with the dark themes takes us to our inner most feelings and you should play Mariann only with someone you really trust. 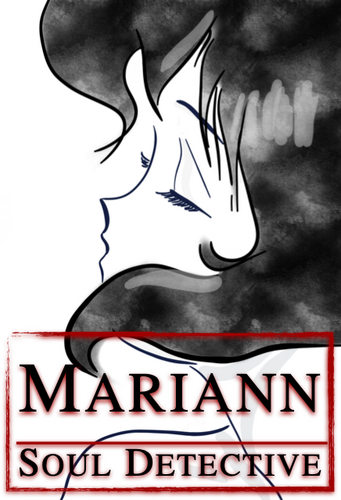 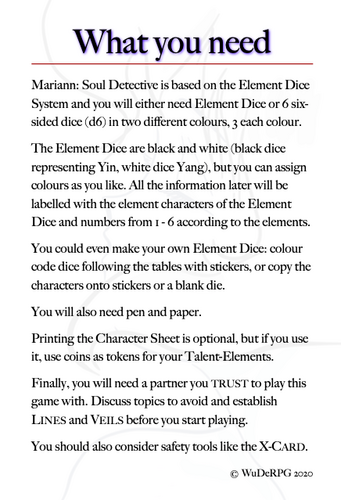 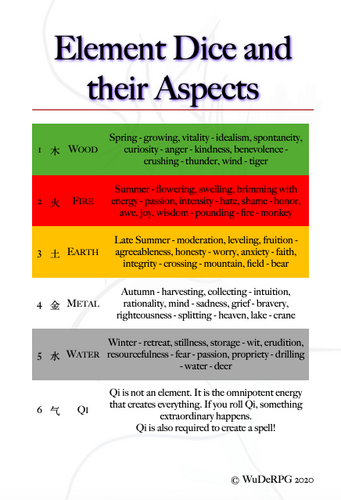 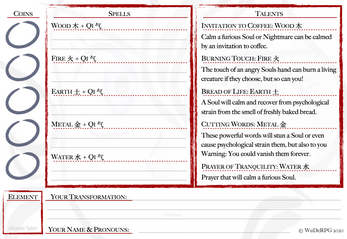 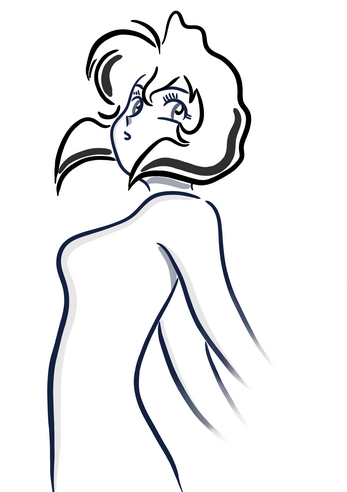