Hiroin is a beautiful game of finding your true self!

In 5 Chapters, you will visit 5 charming worlds inspired by 5 different Ghibli films where you will overcome 5 unique challenges!

The game is created with YOU, the player in mind. The inspiration from the films of Studio Ghibli are suggestions to evoke a certain response, but we invite you to alter and change these worlds to fit YOUR story. YOU are the reason this game exists so we only want to provide the tools for YOUR imagination to run free, be it through spore filled jungles, forests with restless gods, worlds big or small to explore and borrow things, worlds with forgotten technology or worlds that see the oceans rise.

Each world will have a challenge for YOU to define and overcome, a challenge that expresses an imbalance in the world that needs to be balanced out. Along these challenges, You will grow as Hiroin, as player, but also as person.

Discover YOUR strength and be ready for your transformation!

Hiroin is a submission to the Five Powers Jam.

In order to download this Magical Girl Game you must purchase it at or above the minimum price of $8.88 USD. You will get access to the following files:

Support this Magical Girl Game at or above a special price point to receive something exclusive.

Each copy of Hiron sold helps someone else to gain access to a free community copy for marginalized folx and people on a tight budget. So, if you can't afford Hiroin for the listed price, feel free to grab a free copy for the community - no questions asked.

If you have claimed a Community Copy or claimed Hiroin through a charity bundle and feel you would like to contribute to this game, this is your opportunity! If you want throw me a coin but can't afford the full price, you can also head over to my Tip Jar.

How many players does this game support (or recommended)? Can it be played solo? Game time?

Hiroin was designed as a Partner Game where one player plays the titular Hiroin and the other player plays the world around Hiroin. But I have played it as a solo game or with a group. If you play with a group you would, however, make sure sure that everyone at the table gets a fair share of input into the story.

Hiroin is an rpg of journeying and self-discovery, somewhat directly inspired by the heroines of Ghibli films.

It's 40 pages,  with readable layout and a little bit of art. It doesn't have a table of contents, and it would probably benefit from one, as 40 pages is a little long to scan looking for a particular entry.

Engine-wise, Hiroin runs on the same element dice system as Wu De. If you don't have element dice, you can map each element to a different number and use regular d6s, so no special equipment is required to play.

To break down the element dice system, you roll two types of dice: yin and yang. Yin cancel yang of the same element. Yang are successes. Yin are complications.

In addition to this, you use the five element cycle of destruction (earth defeats water, water defeats fire, fire defeats metal, etc) to cancel out yin dice, and then yang dice. So dice pools tend to get whittled down, but the whittling skews in favor of success. Ties go to the player and, depending on which dice succeed, their elements and elemental associations also influence the result of the roll.

The way the book explains this takes a little bit of puzzling over, but reading the example text helps. Overall, it's kind of both loose and technical, and it takes a minute to get a feel for it.

Lore-wise, the game gets a bit Kingdom Hearts, in that you are visiting different worlds that are very literally different Ghibli films. You are doing this because you have the power to balance the chaos in the universe, and as you travel the worlds you both accumulate Curse and you gain Talents and Spells to help you manage it.

Unfortunately, I couldn't figure out how to make any of those things. Unless there's a section in the book that I missed multiple times in a row, there's information on how to fuel Talents and Spells, but not really advice on what they do mechanically---if anything at all. Likewise, the information about Curses was ultimately vague too. I could take a guess at how to interpret them, but it would be purely a guess.

The worlds of the story are also a little bit weirdly defined, for all that they are the exact worlds of specific Ghibli films. Plus, there's a sort of dream-logic running through them, and once you've finished clearing the worlds in the last couple of pages of the book you hit the intermission and then there's some directions on how to transform into a magical girl, and there's also sort of an implication that the game is just beginning and you need to create an antagonist...

Maybe I'm the wrong audience, but I got lost.

The book does a lot of things at once, and I wanted a little clearer of an explanation on several of them.

Apart from this, there was also one other thing I wanted to address.

One of the odder beats in the book is early on, when it spends a page on "why I would make a game that is influenced by cultural material that is not part of my own culture".

That cultural material, in this case, is Ghibli movies, and the book then immediately sidesteps the issue it just introduced by saying that it's not really making the game, *you* as the player are.

This left a weird taste in my mind, and I think I probably spent more time thinking about this than the game itself.

The thing that the book sorta seems to bring up and then promptly avoid is "should creators be allowed to engage with material that is outside the cultural background they were born into?"

And because the book avoids the question, it falls on the reader.

Who now has a responsibility to address it in a review.

Anyway, I think if you like Ghibli movies, and if you like dice that are more interpretive, Hiroin is an interesting system with a lot of potential. If you need very concrete rules or clear settings, you might have more trouble here, but either way I enjoyed seeing a game take such a different approach to the magical girl genre.

Thanks for your kind words and your feedback on Hiroin! 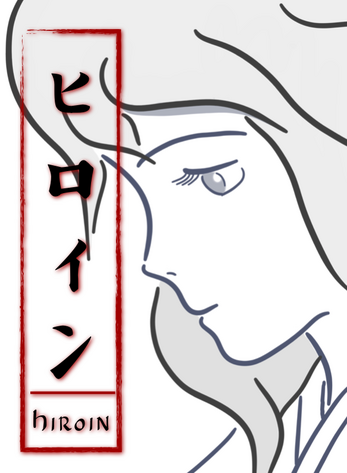 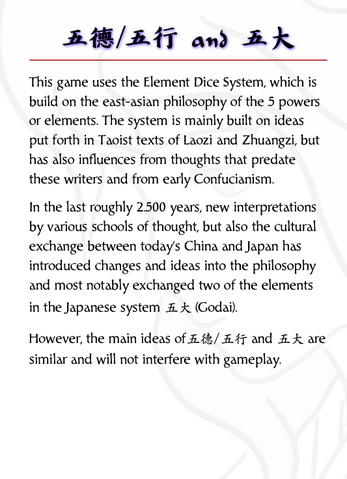 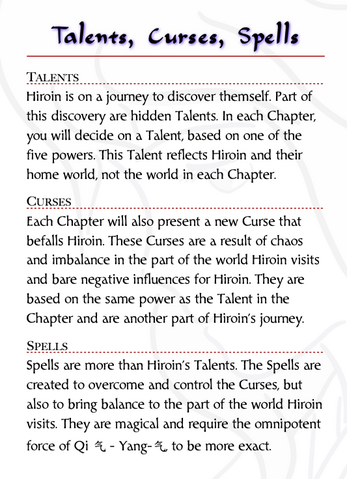 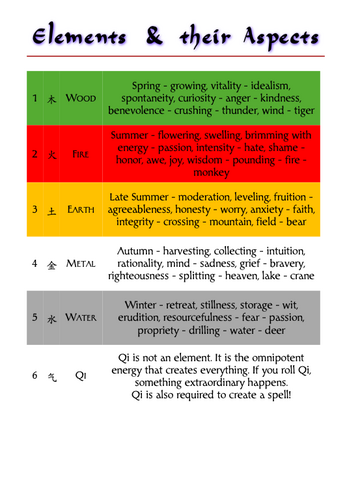 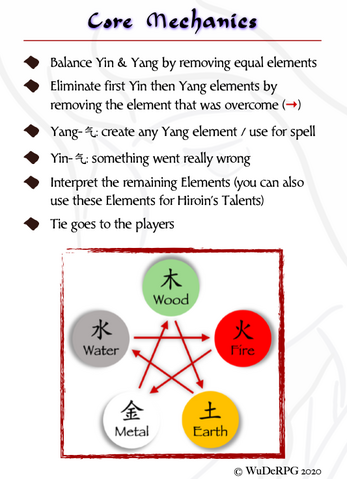